What Martin Luther King Did

And why should it be? The world he lived in was not color blind.


So anyway, I was having this argument with my father about Martin Luther King and how his message was too conservative compared to Malcolm X’s message. My father got really angry at me. It wasn’t that he disliked Malcolm X, but his point was that Malcolm X hadn’t accomplished anything as Dr. King had.

I was kind of sarcastic and asked something like, so what did Martin Luther King accomplish other than giving his “I have a dream speech.”

Before I tell you what my father told me ...

Go to the post to read what Hamden's father told him.
Posted by Asher Abrams at 16:00

The Number One problem for the Secretary of Defense, apparently, is the appearance of a video showing US Marines urinating on the bodies of dead Taliban fighters. Matters came to a head when the White House characterized the incident as "deplorable" and "reprehensible". The Taliban, for their part, are unimpressed.

Dear, dear. With all these pictures whizzing around the internet, will our battlefield superiority be rendered void? Robert Wright opines:


First, there's the new transparency of war. Infinitely more battlefield details get recorded, and everyone has the tools to broadcast these details. So it's just a matter of time before some outrageous image goes viral--pictures from Abu Ghraib, video from Afghanistan, whatever. These images will make you and your soldiers more hated by the enemy than ever--and hated by civilians who may identify with the enemy, whether because of national, ethnic, or religious kinship.

The second big change is that hatred is now a more dangerous thing. America faces no serious threat from any nation-state, but the more amorphous threat from radical Islam, if mishandled, could mushroom and, years from now, reach massively lethal proportions. And the lifeblood of radical Islam (like the lifeblood of many radical things) is hatred. The more Muslims there are who hate Americans, the easier life is for recruiters from al Qaeda or some other such terrorist group. ...

First, actually, there's the old transparency of open societies, and the opacity of dictatorships. This is what ensures that we know every piddling little detail of the doings of American fighting men in Afghanistan, but nothing of what goes on behind the lines on the other side.

Just as important as what gets recorded is what does not get recorded. That's why the Abu Ghraib prison that Wright and others are so fond of citing is known to the public as the place where Americans abused Iraqi prisoners and not for the torture and mass executions that occurred in Iraq's dark past under the Ba'athist regime of Saddam Hussein.

This is a good place to quote Rep. Allen West: "I do not recall any self-righteous indignation when our Delta snipers Shugart and Gordon had their bodies dragged through Mogadishu. Neither do I recall media outrage and condemnation of our Blackwater security contractors being killed, their bodies burned, and hung from a bridge in Fallujah."

The second big non-change is that hatred by itself is not dangerous to anybody. People acting from hatred are dangerous, and they are more dangerous if they have better weapons. Wright actually says as much. Wright's worry is that the enemy might get access to "massively lethal technologies". Better, then, to yield to blackmail before it starts.

Robert Wright's conclusion is typical of the accommodationist, pro-appeasement plan favored by so many mild-mannered liberals:


In the old days national security could be had by making sure all foreign governments either liked you or feared you; now national security requires (among other things) that as few people as possible hate you.

Notice that the element of "fearing you" is eliminated from the equation. Robert Wright can't picture anybody being afraid of him. (Judging by the picture, neither can I.)

This is the old liberal hand-wringing mantra of "let's not do anything rash, because then we might make them even more angry". (You remember the fretting about "the Arab street" after 9/11.) It's as if the enemy's hatred is an inexhaustible resource that can always be dialed up another notch. But somehow this same principle doesn't seem to apply to our side.

Robert Wright can't picture anybody being in mortal fear of him, but fortunately for all of us the United States Marines don't have that problem. Nor, I think, do they have any shortage of hate and contempt for the enemy. And I'll bet they're plenty angry.

Because the Marines understand one simple, timeless truth: 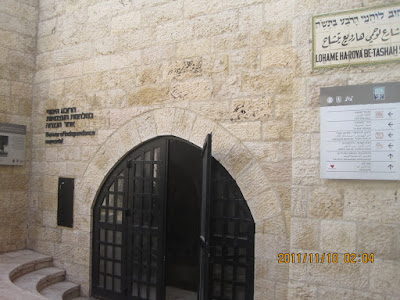 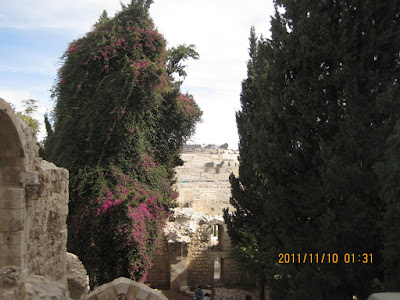 View from the Old City, overlooking the Kotel.
Posted by Asher Abrams at 15:43

Mostafa Ahmadi-Roshan was killed in a bomb attack in Tehran the morning of January 11, Wednesday. The Iranian regime has urged the United Nations to condemn the attack. Tehran officials blamed the usual suspects - that'd be the US and the Israelis. Hillary Clinton denied any American involvement, but

Brig. Gen. Yoav Mordechai, a spokesman for the Israel Defense Forces, said on his Facebook page Wednesday: "I have no idea who targeted the Iranian scientist but I certainly don't shed a tear."

Stratfor points out that this is the fifth successful assassination of an Iranian nuclear scientist in as many years. Additionally, according to Stratfor,

Go to the link for the full article.

Tom the Redhunter has a valuable roundup of related events.

The MO is the similar in the targeted assassinations; two men on a motorcycle drive up next to the car while in traffic, the man on the back of the bike attaches a magnetic bomb to the car, they speed off, and a few seconds later the bomb explodes and the man inside is killed.

Iran is warning of a "cross-border, cross-regional strategy for striking back" according to the Jerusalem Post article.
Posted by Asher Abrams at 07:51 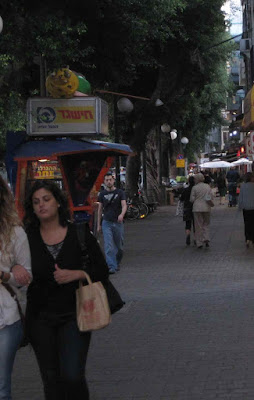 I visited Israel - mostly Tel Aviv, with a couple of trips to Jerusalem - for the first two weeks of November 2011. Very soon, I will be posting my impressions from that visit.

Meanwhile, I'll post a couple of selections from the pictures I took.
Posted by Asher Abrams at 21:18