If you’re like me, you prefer to exchange ideas with reasonable people who generally share a similar worldview, even if you don’t always agree on the details. You enjoy working through the questions of premises, logic, and values that make up a civilized debate.

But there’s another kind of conversation going on. It’s the conversation that’s imposed on us by people who don’t believe in the free exchange of ideas. If you’re used to being able to speak and argue freely, you might be caught off guard, because free speech is something we can easily come to take for granted.

This is a conversation that calls for less subtlety and more nerve. It’s a conversation where you have to be willing to tell people exactly the thing they don’t want to hear. In this kind of conversation, success is measured not by how much approval you win from other people, but by your willingness to speak even when others disapprove. ...

Read the rest at Media Tapper. 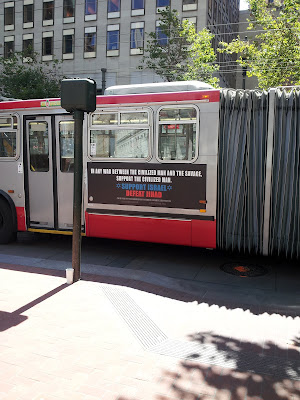